CH Everwind's A Tryst In The Park
​"Trystan" 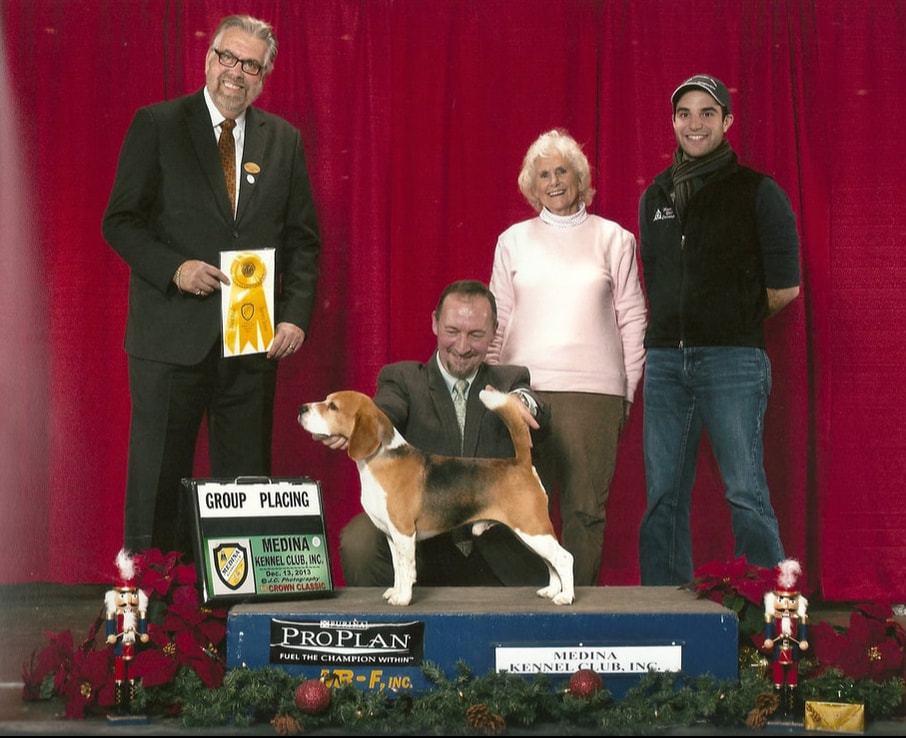 ~ Acquired his championship at 11 months by going over two top winning specials.

~ Top 10 ranked before being pulled from the show ring for four years.

~Upon his return to the show ring in 2012 he took Select over several specials earning a  Grand Championship major.

~ He was awarded back to back 5 point majors by taking the Variety at two of the Cleveland Crown Classic shows in December 2013.

~ With limited showing he earned his Grand Championship, finishing his show career with a BOV and a 5 point major over specials.

~ We are thrilled with the litters of puppies he has produced for us. He has not disappointed us with his progeny in the conformation, field trail, and the agility rings. (WE ARE VERY EXCITED!)

~ Trystan is the sire of GCHG. Everwind's Let's Tryst Again (Cassandra) , her full sister GCHS. Everwind’s Deja’ Vu (Destiny) and Ch. Everwind’s Sheza Run For Your Money (Pipi). Cassandra, was one of the top ranked 15" beagles in the country two years in a row. As of May of 2019, Destiny was the #1,  13" bitch in the country. He is also the grandsire of the 2021 National Beagle Specialty Award Of Merit bitch, GCH. Everwind's I'm A First Class Flyer aka Crescendo and several other Champions and Grand Champions.

~ Trystan is the sire of both the Select Bitch and the Top Brood Bitch at the 2017 National Beagle Specialty. 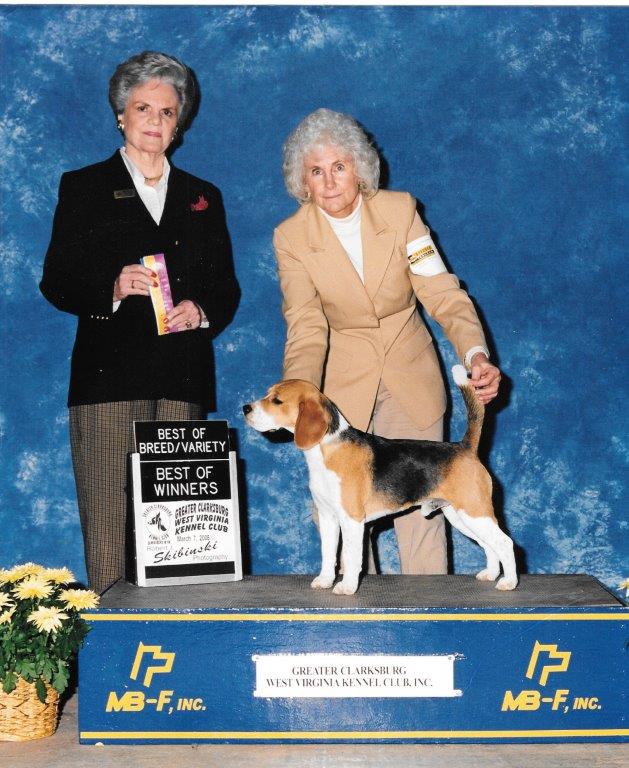 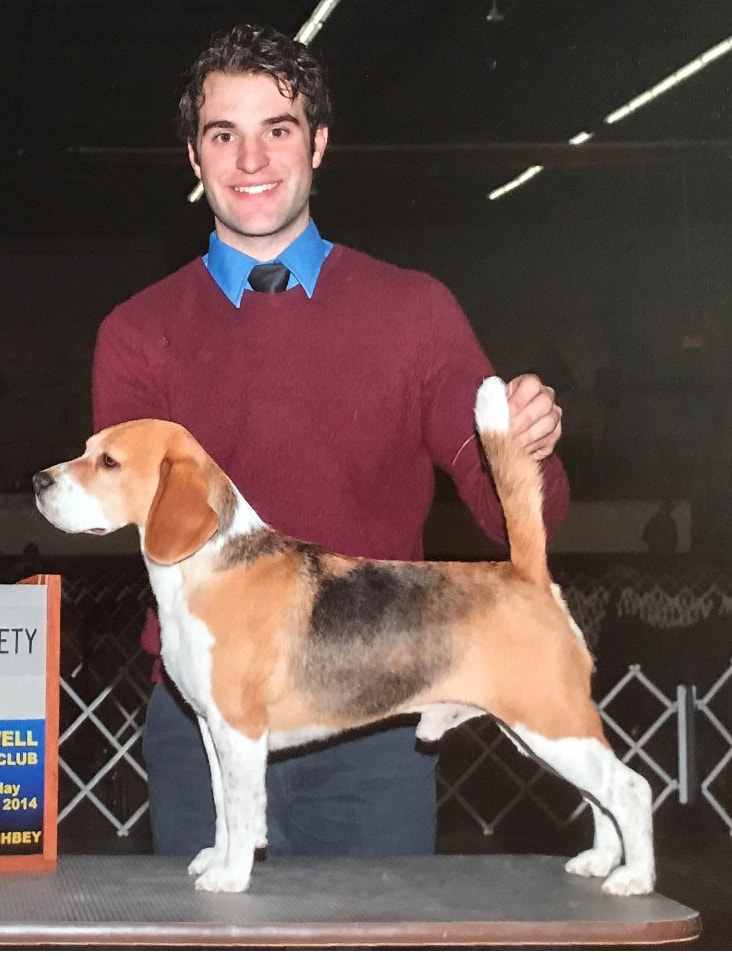 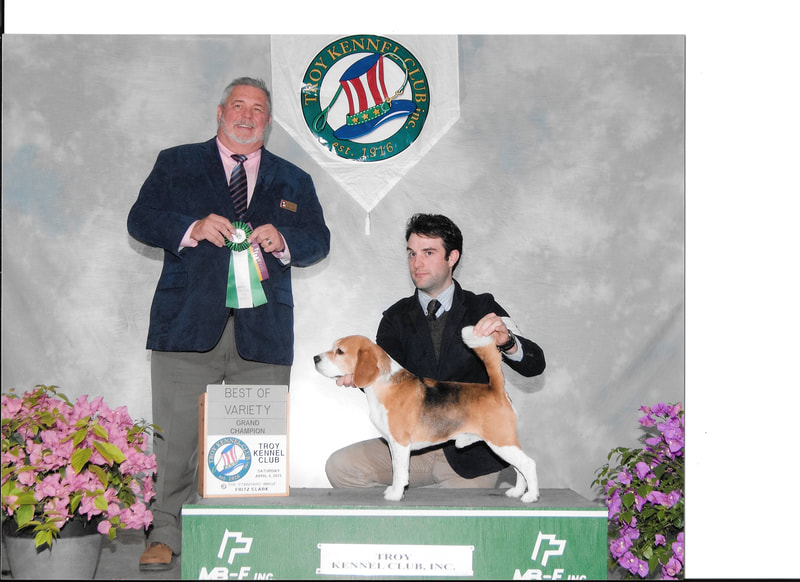